> Competitions >
The House of Daedalus
Back to competitions

The project develops on the concept of aesthetics and urban analysis. On the one hand the creative impulse of the labyrinth metaphor is linked to the centre’s symbolism and to the semantic research of the project’s architectural aspects. On the other hand there is the rational purpose to use the project as a necessary tool to scientifically investigate ‘a part of the city’.

For the recovery of the abandoned area of the ex-dry kiln Martini in Cesena, the project comes to the definition of a new social focal point, morphologically similar, for urban plan, to a walled citadel; an utopian social model, which suggests the cohabitation of young and old people in an integrated complex of services and infrastructures. It is an architectural landscape, not conceived as a single public building, but as an “ancient cathedral” (something like a contemporary Knossos Palace) whose architecture is integrated in the legitimate aspiration to become a sculptural monument.

The architectural language believes in the shape’s virtue and recognizes to its symbolic strength a more decisive value than in any functional or technical premise. An hermetic complex, built with empty archetypes, that even if it were deserted by its social functions, it would remain a place able to unify the surrounding urban contest (marginal and chaotic, typical of neglected areas), characterizing it with new symbolic meanings. 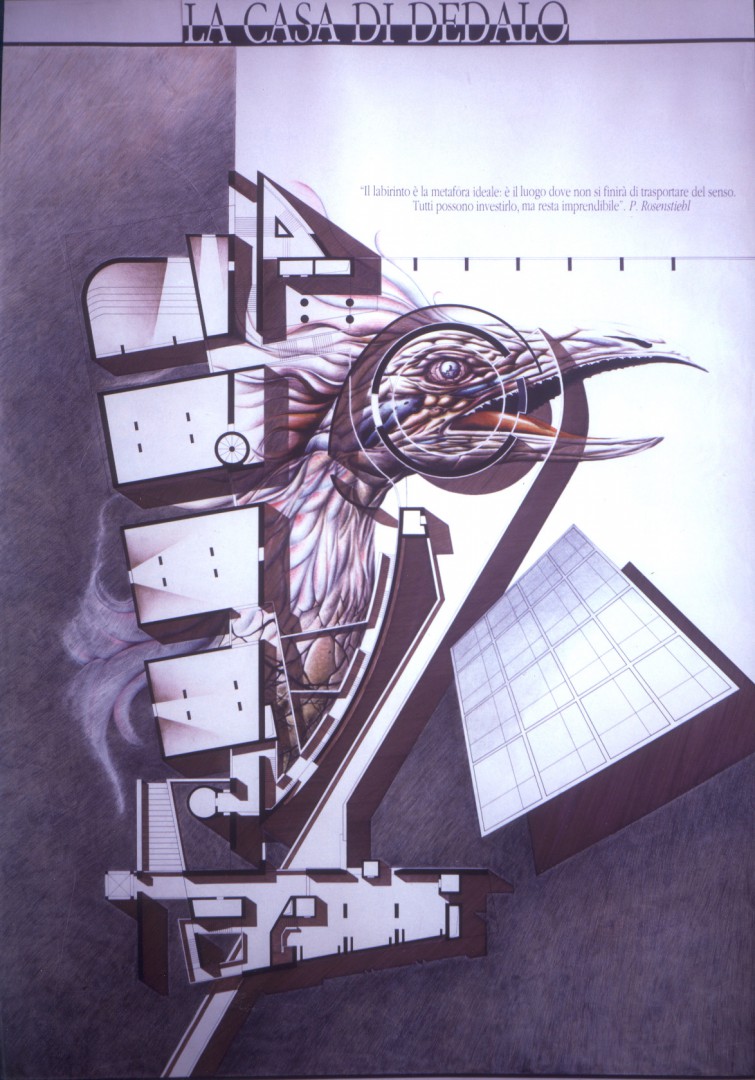 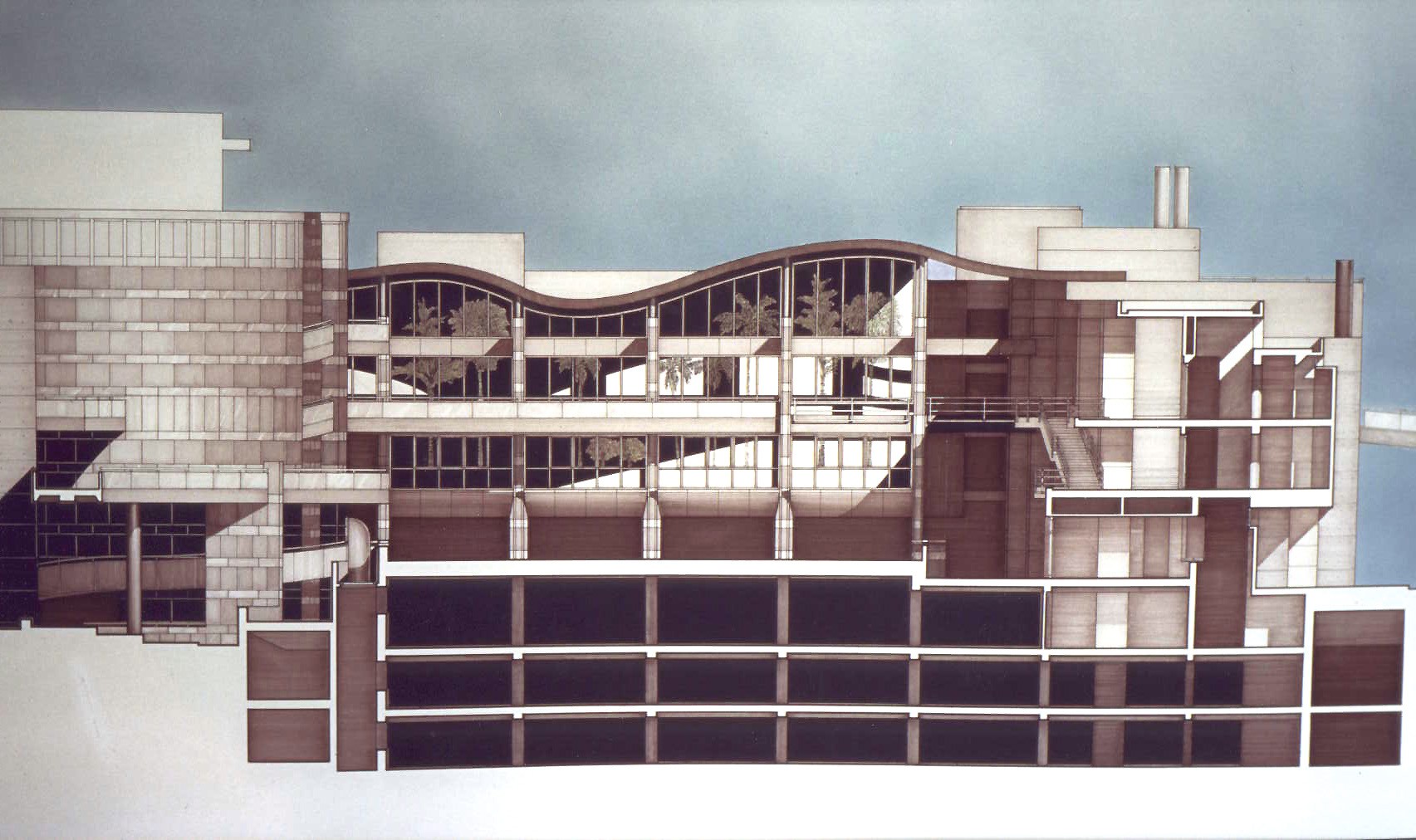 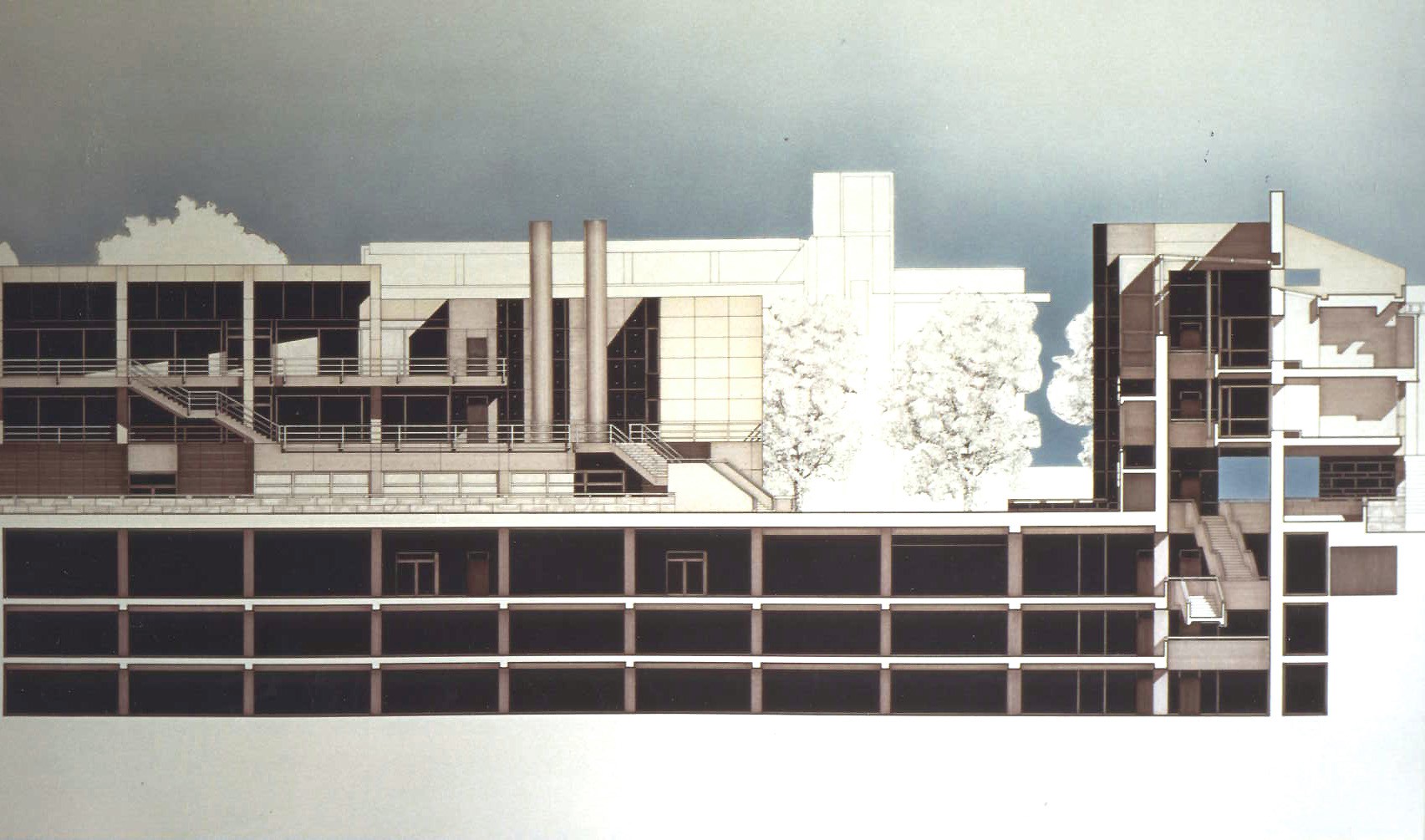 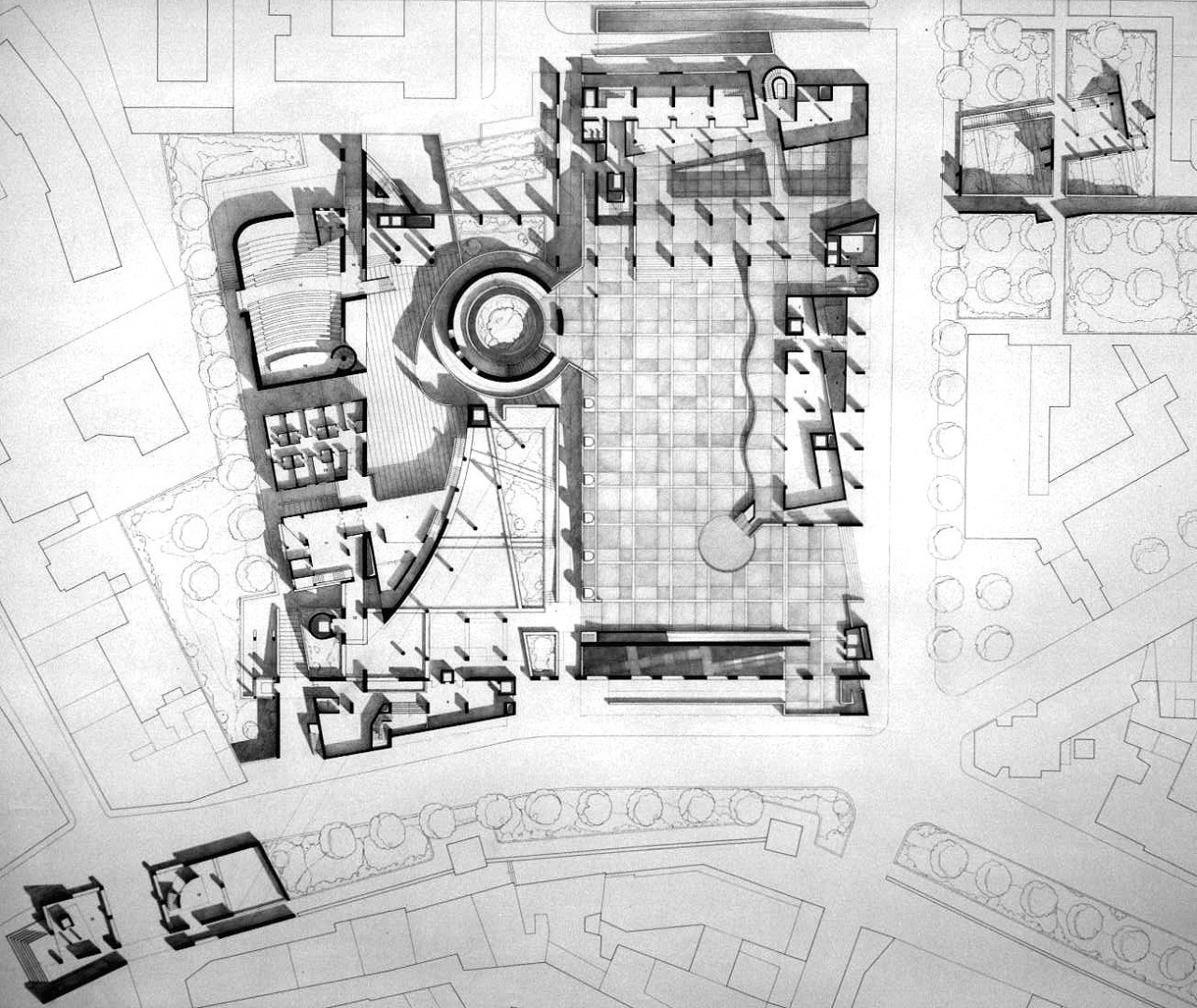 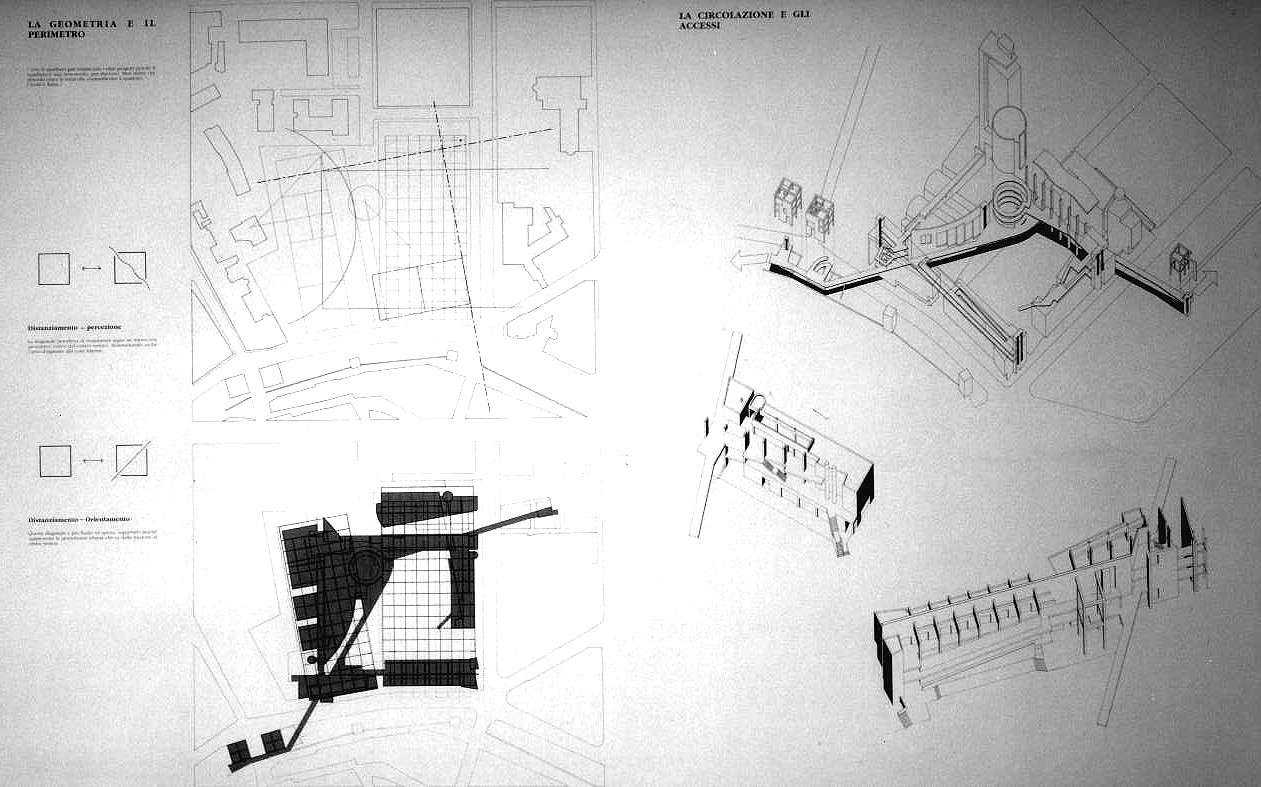 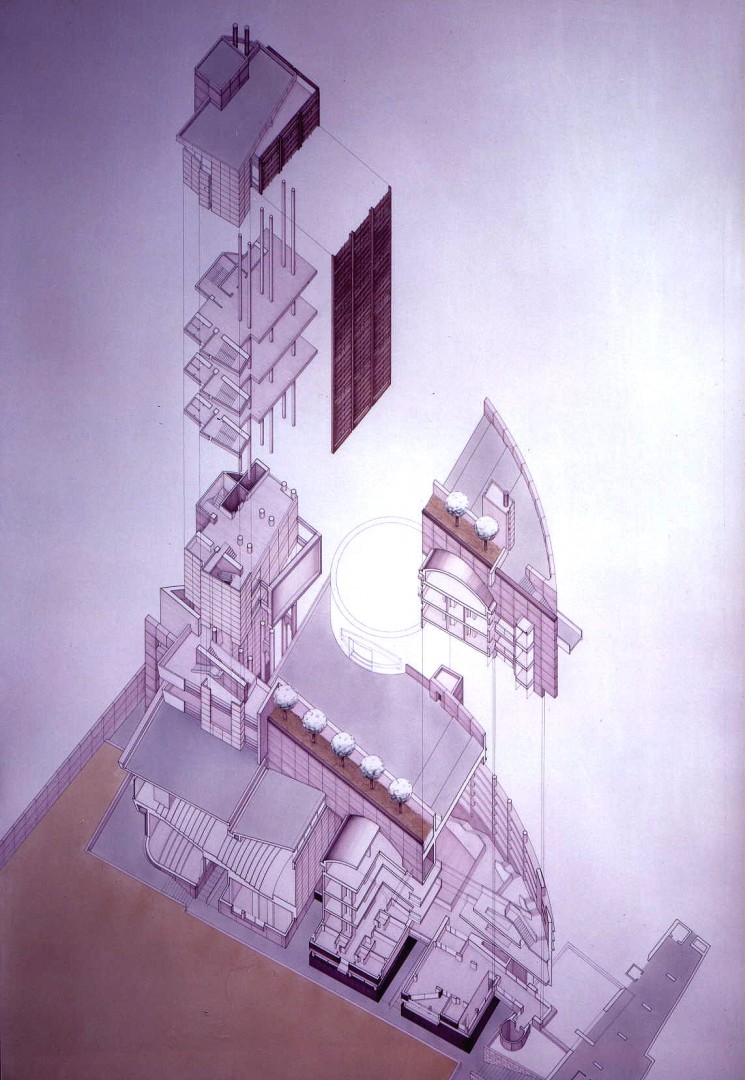 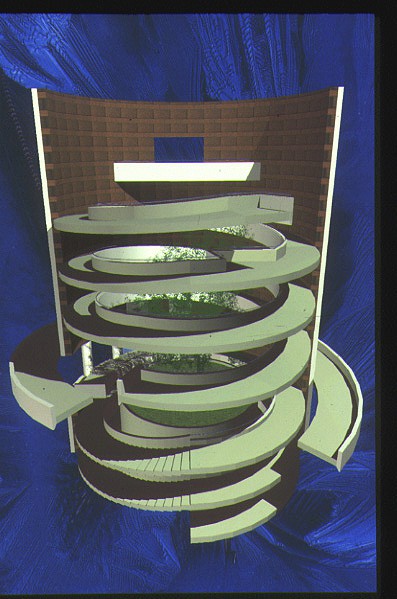 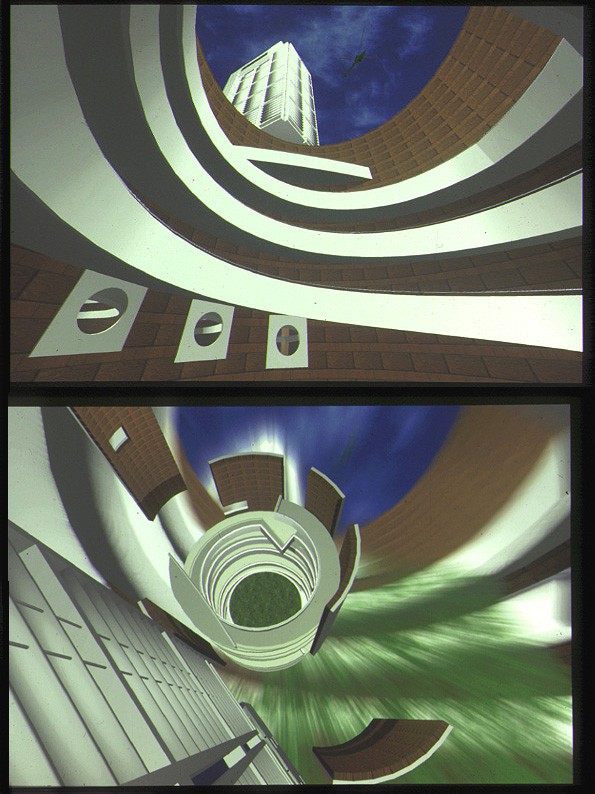 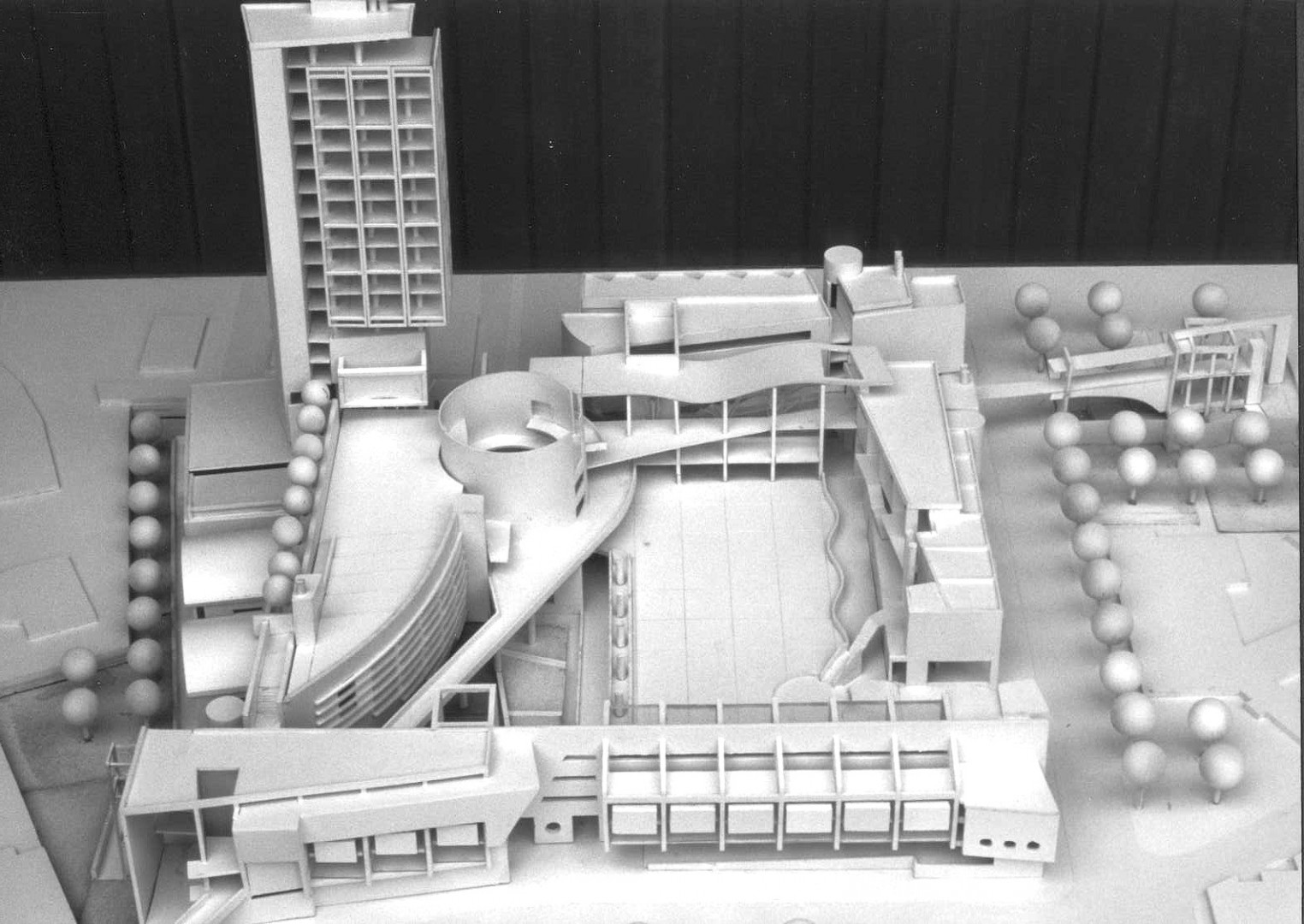 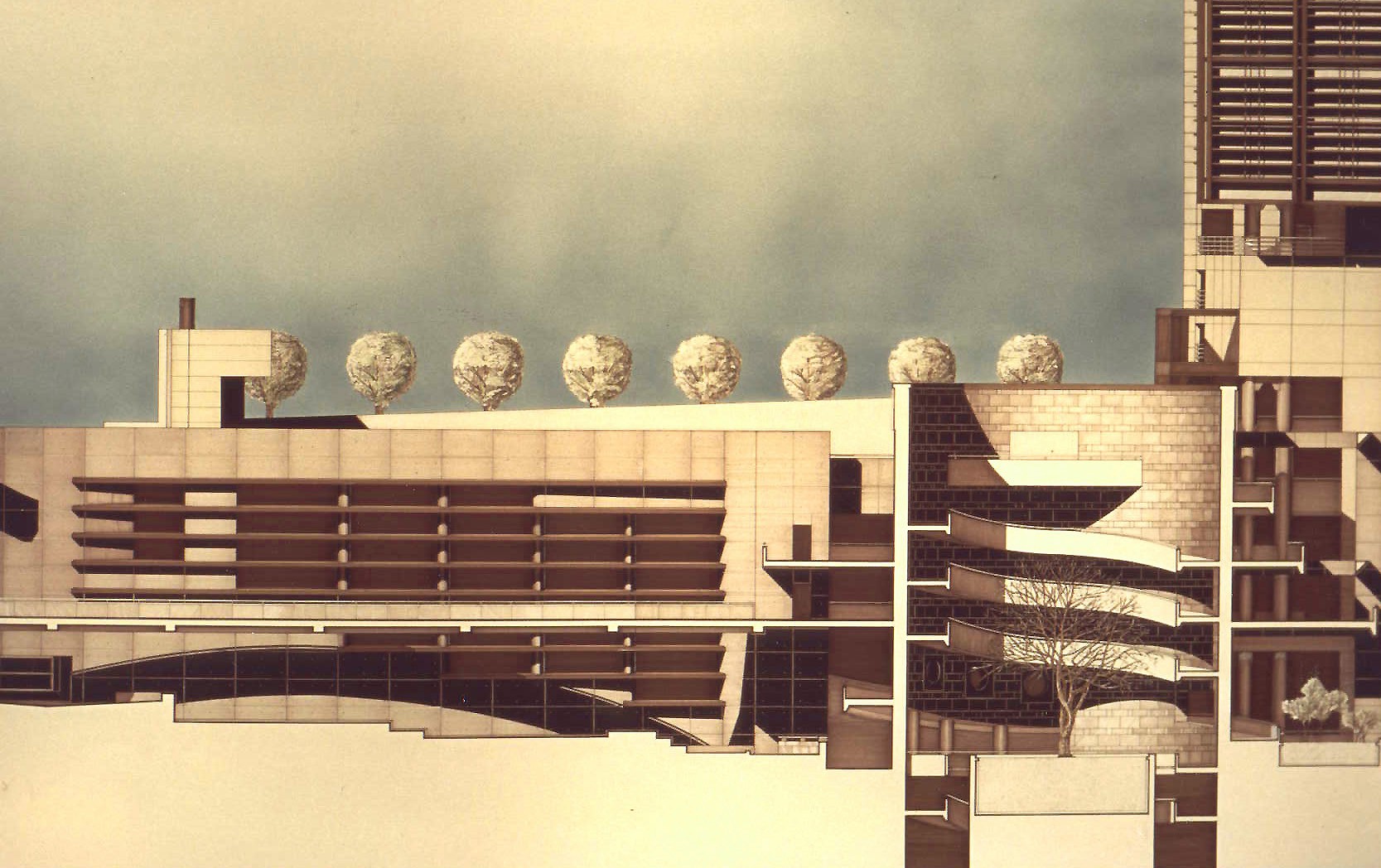